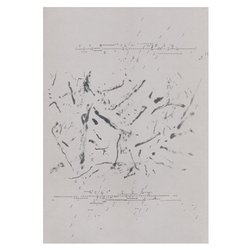 The fourth release from Discreet Music is another seemingly out-of-nowhere debut album from an Gothenburg artist. To people in Gothenburg, Klas Trollius is probably best known as a DJ and a visual artist, but the origins of this collection of songs goes back to as far as 2010 when the very first version of the exceptional opening track 'Över Ett Fält' was recorded. On Sånger Till En Människa, Klas Trollius explores the connection between music and place, letting specific location recordings become an important part of each track. The reworked 'Över Ett Fält, a loose interpretation of John Martyns' 'Over The Hill', is a 8 minute+ epic that immediately sets the tone and mood for the rest of the album with it's acoustic guitar, hushed vocals and heavy use of field recordings. The shorter 'Koltrast' is the closest we come to a fully realized acoustic pop song, Klas himself citing Razorcuts' fantastic 'Sorry To Embarass You' and several shoegaze songs as an influence. More improvised tracks like 'Gitarr, Klockspel Och Isdemoner' and 'Isdemoner För Flöjt, Trumma Och Vind' fully lets the nature become one with the instrumentaion in the spirit of Schwarzwaldfahrt or something from the Jewelled Antler Collective. Truly bewildering organic music. The record is dedicated to the memory of his Father, King Tubby and Elsa Grave. Full colour reverse board sleeves with three inserts. Including artist printed insert made with several runs through laser printer on slightly textured 120g colored paper. Mastered by Joakim Karlsson. 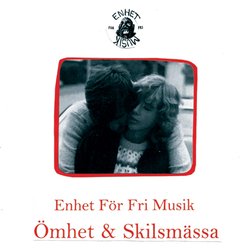 "When someone finally gets around to writing properly about what's going on in Gothenburg right now, Enhet For Fri Musik are gonna be at the centre of that narrative. In part that's conditioned by both timing and personnel, arriving at the forefront of this new wave and consisting of a rotating cast of players from Blöd, Arv & Miljo, Cortex A9, Neutral, Oroskallan, Amateur Hour++ In a lot of ways, they are sort of both the root and the collective embodiment of all that underground creative energy. But as interesting as the How and Why is, it's the What that's most important with Enhet För Fri Musik. On a purely aesthetic level, they probably do represent a watershed fusing of everything that i like at the moment. They may even be partly responsible for it. A half-life remembering of all sorts of outsider expressions and forms, collaging the romance of folk song, New Zealand underground DIY pop abstraction, the wilfully artful orientation of Swedish improv tradition, lo-fi noise aesthetics and punk ambience, into a fluid and boundary-less mass." - World Of Echo 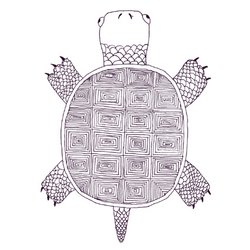 The debut fullength from Facit after a few years of silence. Often working as a duo consisting of Joakim Karlsson and Mai Nestor, Facit released a couple of fantastic EPs between 2013 and 2016. Beach Music is a rapid turn from the previous recordings, with barely no traces left of the minimal wave and synth-pop of the past. Recorded by Joakim Karlsson alone at the island of Hönö in the west coast archipleggio outside of Gothenburg in the summer of 2020, Beach Music is an entirely guitar-based album. With an old Vantage guitar, Joakim has created a beautiful morning light soundtrack. 10 shimmering instrumentals stripped down to the bare minimum. Mastered by Giuseppe Ielasi.

The first release on Discreet Music and the 6th album from Arv & Miljö. Mainly recorded during the easter holiday 2020 and the coming weeks, Himmelsvind takes us back to the spring time, where as the previous album Svensk Sommar I Stilla Frid (Omlott Records, 2018) explored the Swedish summer. While sonically a continuation of the ambience and new age gloom of Svensk Sommar, the general tone on Himmelsvind is somewhat heavier and more nostalgic. The majestic take on romanticized kosmische music is still in focus, but with a more extensive use of field recordings, samples and tape loops. Stretching out on a field of fresh wood anemones, the 7 tracks captures the essence of that magical period of time of the early blooming flowers, distant log splitters and lawn movers, the first sign of the street sweepers (you may have had to be a skateboarder to truly appreciate that feeling and smell though), hotdogs from a tin can at the bonfire, the humming blackbirds... The creator casually namedropped Anna Själv Tredje and Ralph Lundsten as influences the last time around, Himmelsvind could be a cocktail of the past infused with an unhealthy obsession with stuff like Joanna Brouk, Tangerine Dream (Underwater Sunlight) and Albergo Intergalattico Spaziale, though still firmly rooted in the brash contemporary Gothenburg no-fi DIY culture/bunch of lifers. Featuring guest appearances from Elin Engström and Jon Collin, both on guitar. Mastered by Giuseppe Ielasi. W. 12-page booklet.